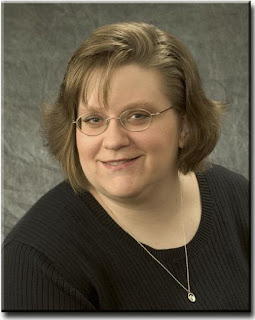 CRW: Welcome Tristi! It’s a pleasure to have you as our Wednesday Writer today on Writers Mirror. Tristi, in one sentence, please introduce Tristi Pinkston to us.

Tristi: I’m a mom, a homeschooler, a terrible housekeeper, a blogging addict, a lover of naps, a fairly decent wife, a dedicated Cafe World player, a new Cubmaster, a freelance editor, a Molly Mormon and proud of it (especially the Molly part) and the author of five, soon to be six, published books.

CRW: (Laughing) Why did you first begin to write?

Tristi: I first started writing when I was about five years old. I wrote a poem after church one Sunday and my mother started planning my first book launch.

CRW: What inspires you to write?

Tristi: Everything. I hear a song or a news report, or the little voices in my head start talking to me, and it all leads to writing. I'm just addicted to it.

CRW: Do you try to write daily, and if so, do you set a goal of a certain number of words?

Tristi: I would like to write daily, but it doesn't always happen. Rather than setting a certain number of words, I write in bursts, generally in half-hour bursts, and I typically get around 1,400 words at a pop. If the muse isn't flowing, I don't write.

CRW: What gets in your way of writing?

Tristi: Generally speaking, it's just the other tasks I need to do that keep me from writing. I might have a lot of housework to do, or I might be working for an editing client, and so I'll do those things and skip my own writing for the day. Although, if I'm going to be perfectly honest, and I think I should, more often than not the housework waits.

Sometimes I do get hung up on a plot point, but those tend to resolve themselves if I let them.

CRW: How do you get them to resolve themselves?

Tristi: When it comes to the plot point issues, I'll either let it stew in the back of my brain a bit, or I'll talk it over with someone. There's something about speaking the problem out loud that makes it easier to solve. My critique group is awesome at helping me figure out details, too.

CRW: What makes you CRAZY about writing –both crazy good and crazy bad?

Tristi: The things that make me crazy in a bad way are computer glitches and the fact that authors don't make much money. But I'm crazy about it in a good way because it makes me happy. I love sharing stories with others.

CRW: Where is the weirdest place you have worked on a writing project?

Tristi: In the waiting room of a hospital.

CRW: How long does it take you to complete a book?

Tristi: It all depends on the book - some of the Secret Sisters books took just six weeks to write, and then they went through the critique group process. Other books, like my historicals, take much longer. If there's research involved, it definitely takes longer.

CRW: Where do you get your ideas for your books?

Tristi: Under couch cushions, in the lint screen ... just kidding. Ideas can come from anywhere. It's just a function of asking yourself, "What if?" You hear a news story, and you ask yourself, "What if that person had reacted differently?" and suddenly, you've got the start of a story.

CRW: Where do you get your character’s names?

Tristi: Occasionally, a character will pop into my head with their name intact. This was the case with Ida Mae Babbitt. She showed up, told me her name, and I never even considered changing it. Her counselor, Arlette, was the same way. I did change Tansy's name. She started out as Mitzie. But I have a friend named Mitzie who is very different from Tansy's character, so I decided to change the name. Took me about ten seconds to realize what the name should be.

Other times, I'll pull up a baby name website on the computer, or I'll turn to a list of names I started some years ago as I heard names I liked. I'll go through the lists until I find the name that "fits" that character.

CRW: What is your favorite writing food?

Tristi: I eat a lot of sunflower seeds, but they make my jaws tired. My #1 favorite thing to munch/drink is ice water, with lots of ice. I also consume my fair share of chocolate. I lean toward foods I can eat with one hand while scrolling or typing with the other. I consume a fair number of my meals at the computer.

CRW: What do you do when you get writer’s block?

Tristi: I put it aside and don't worry about it. Ideas flow best in a stress-free environment, and if I'm stuck, there's no reason to push it. If I get away from the computer and watch a movie or take a hot shower, before long, the ideas start to flow again.

CRW: You mentioned you belong to a critique group? Please share with us how it helps.

Tristi: I've been meeting with my group for a couple of years now, and they are invaluable to me in pointing out those little things I either don't know or space off. I wish I had them when I first started writing.

CRW: How do you prepare your WIP to submit? Do you edit it yourself, or do you hire it out?

Tristi: I work as a freelance editor, so I edit it myself, but I run it through my critique group first.

CRW: Tristi, congratulations on your newest book“Dearly Departed." It's so new, I have yet to see the front cover. Send it to me as soon as you get it and I will post it here for all to get the first look. Please give us a bit of a preview.

Tristi: "Dearly Departed" is the second book in The Secret Sisters Mysteries series. Our main character, Ida Mae Babbitt, is back to solving crime - this time, infiltrating a nursing home where she believes a murder has taken place. The first book, "Secret Sisters," is available wherever good LDS books are sold, and also on Amazon.

CRW: Please give us your  best "Elevator Pitch."

Tristi: With a broken arm and a broken ankle, Ida Mae Babbitt is in a perfect position to infiltrate a suspect nursing home and discover who did away with the blue-haired lady on the upper floor. But she'll need her motorized wheelchair to catch the culprit once she learns who it is.


CRW: Sounds like a lot of fun and a premise for tons of mishaps. Who's your publisher?

CRW: Wonderful Tristi! (Clapping, cheering, cartwheels!!) Please tell us about your other books.

Tristi: My first novel is titled "Nothing to Regret," and is about the Japanese internment camps during World War II, specifically the one called Topaz down by Delta.

Next came "Strength to Endure," which is also set in World War II, but from the German perspective.

After that, I wrote "Season of Sacrifice," which is the true story of my great-great-grandfather, Benjamin Perkins, who engineered the passage through the Hole in the Rock in southern Utah. This book was the most spiritually fulfilling for me to write, as it's my family history. 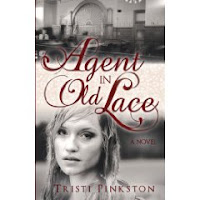 Then I released "Agent in Old Lace," which was my first contemporary book and also my first mystery. It has some elements of humor in it as well, as a male FBI agent must pose as a woman to bring the bad guy to justice.

Last March, I released "Secret Sisters" the first volume in The Secret Sisters Mysteries. It's a fun, light-hearted mystery which spoofs a lot of things about LDS culture in a non-offensive way.

CRW: Where can Writers Mirror Readers purchase your novels?

Tristi: They're found in LDS bookstores everywhere, but they're also all found on Amazon.com. I would recommend going there first - my first two books are out of print and no longer available, but you can get them on Amazon. Here are the links:

You can also get two of my books for the Kindle.

CRW: Okay, now here's the toughie. Why are you a writer?

Tristi: That's not a toughie - I'm a writer because I don't have any other choice. It just ... happens.

CRW: Well put. What would be the best complement you could receive from a reader?

CRW: If you were only able to write one more book to leave as your legacy, what would you write about?

Tristi: I already did it. "Season of Sacrifice" is the book I feel I was supposed to write. Everything else that comes after it is icing on the cake. That doesn't mean I plan on retiring any time soon, but it means that I feel a measure of accomplishment having done that.

CRW: Lucky lady, you get to cross that one off your bucket list. Where can we read more about you or contact you, such as website or blog sites?

CRW: Thank you for sharing this with us on Writers Mirror.

Tristi: Thank you for hosting me! It's been a lot of fun!
Posted by Cindy R. Williams