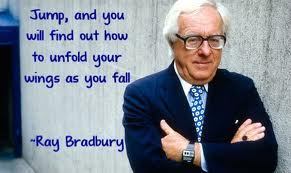 One of my favorite authors, Ray Bradbury passed away on June 5, at the transit of Venus. He was 91 years old.

If you are Ray Bradbuy fan, that will make sense to you.


If you don't know his books, you probably know the hit TV series based on his works - Star Trek. 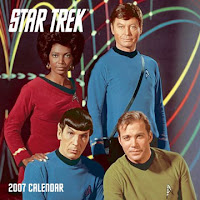 Many I know are "Trekies" including myself.

I don't know too many facts about the man's personal life other than the only person he ever dated became his wife and they had four daughters. He won a Pulitzer. He wrote many, many books and seemed to be nice fellow.

I do know he said some inspiring things about writing.

Here are a few:

“I don’t believe in being serious about anything. I think life is too serious to be taken seriously.”
"If you don't like what your doing, then don't do it."
"My stories run up and bite me on the leg- I respond by writing down everything that goes on during the bite. When I finish, the idea lets go and runs off."
" I spent three days a week for 10 years educating myself in the public library, and it's better than college. People should educate themselves - you can get a compolete ecucations for no money. At the end of 10 years, I had read every book in the library and I'd written a thoughsand stories."
"I don't need an alarm clock. My ideas wake me."
“Just write every day of your life. Read intensely. Then see what happens. Most of my friends who are put on that diet have very pleasant careers.”

"Remember: Plot is more than footprints left in the snow after your characters have run by on their way to incredible destinations."

My favorite line of all time from Star Trek is said with two fingers, pointer and tall man, split in a "V" . . . "Live long and prosper."
Posted by Cindy R. Williams No comments: 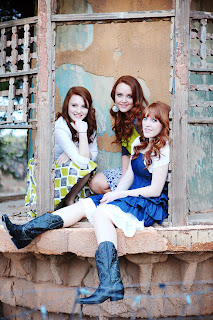 We are seriously so excited about the opportunity to write and record with Grammy Award winning producer Chad Carlson and engineer Mills Logan in Nashville this summer!

To fund the project we have launched Kickstarter campaign..we have just 30 days to meet our goal... SO, if you have a moment today please...

Visit Kickstarter (see the link below) and watch our video (not pro, but with clips and pictures from our journey)

We have learned so much over the past 4 years—and feel so incredibly thankful for YOU!! We could not have come this far without your support.

Here's the link to the Kickstart project:

1.) A Separate Cover Sheet for each entry
should include:
a) Full Name and Date of Birth
b) Email address and Phone Number
c) TITLE (IN ALL CAPS PLEASE)
d) Indicate the category you are submitting to

3.)All contestants must be eighteen (18) years of age.

5.) Do not mention your name on the manuscript portion. Use double space
formatting with 1 inch margins and number the pages. Place Title on the
left side of header and page # on the right side of every page.

6.) Submit only 4000 words. Entries exceeding this limit will be
disqualified.

7.) Sponsor reserves the right to combine categories due to
insufficient numbers.

8.) Sponsor reserves the right to disqualify any entry with lewd, obscene or other inappropriate content. We will not read / judge erotica or horror.

9.) Pay the $30.00 entry fee on-line using PayPal on the web page OR send in your check with your manuscript
via snail-mail. Returned checks automatically disqualify the entry.ï‚· Winning contestants must be willing to work with WUFC editors to prepare their project for publication in the WUFC Writing Contest Anthology.ï‚· Contestants may submit as many entries in any or all categories.
Each entry is $30.00 which will be donated to the Virginia G. Piper Cancer Center.ï‚·