Save the Child by Margaret Turley 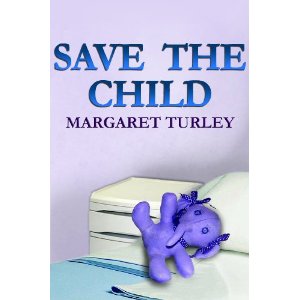 Back of the book blurb:

"You are not going to pour poison straight into her heart!" Nancy's determination to protect her daughter from the chemotherapy doctors insist she needs is fueled by boundless fury. She has seen cancer patients successfully treated with naturopathy. She wants the right to do this for Sharon, her eight year old child suffering from Leukemia.

Robert knows in his heart that chemotherapy is Sharon's only chance to survive. He follows his law professor's advice and forces himself to defend Nancy in public. As Sharon's parents they have to appear united. His work, law school and family demand more than twenty-four hours a day of him, and more than he is capable of giving.

Abby, at age fifteen, craves independence but needs understating. No longer receiving the attention she deserves from her distracted parents, she seeks adventure on-line, with a stranger. The result sends her to the same hospital as her sister in a coma.

Five year old Ben misses his sisters. He blames his mother for making Grandma go away and his father for leaving him with strangers. Jack, the family dog provides his only comfort.

Phyllis, widow of a physician, can not condone her daughter's irrational actions. But love and concern for her grandchildren pull her back to care for Benjamin amidst the raging battle.

Cancer is the enemy. Love is the remedy and Grandma is the angel who glues the family picture back together again.

I have to be real here. I put off reading Margaret's book because I almost lost my little brother to cancer, and it still gives me chills. So . . . I had to muster up my courage and start the book. However, once I read a few pages, I was hooked. Margaret paints a clear and concise picture of a loving family and a little girl I wanted to root for from the get go. It is evident throughout that Margaret has done her medical research. She also gets the human emotions just right. The relationship between the parents was tenuous as would be expected. Each had their own growth arc as they worked through the toughest situation a parent can face separately or together. I won't do a spoiler here, but I will say. well done Margaret, well done.

It's Jimmer Time. Are you a Jimmer Fredette fan? I am. The young man fascinates me. I heard a radio report on his earlier life and how he became Jimmer. It all boils down to hard work, tons of practice, working through injury and hard times, never giving up, and faith in himself.
Not a bit different in any field you choose to succeed in. If we will work hard, practice our craft, work through blocks, and excuses, never give up and have faith in ourselves, WE WILL SUCCEED! It's just that simple. (Notice: I said SIMPLE, not EASY.)
Here's to all the Jimmer Fredettes out there! 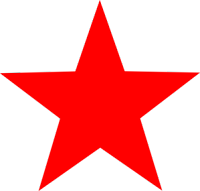 If you are a YA or children's author, here is a great opportunity to strut your stuff in front of Super Agent Ammi-Joan Paquette. Go to YAtopia.blogspot.com and scroll down to the contest post. Hurry because the contest ends March 28th or when the 150 limit is met.
Posted by Cindy R. Williams No comments: